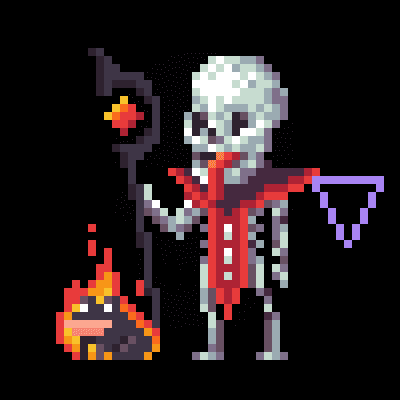 In life, Ophelia was a powerful witch with an affinity for fire. She hails her magic from the Rune of Water, so you could say she was a bit of a rebel. She was devoted to the God of Tartarus and meant to bring him into the realm of the living, but instead joined him in the underworld of fire, where it is said her tongue stretches many meters, which is arousing to other revenants. Ophelia is quite sick of all the annoying catcalls, and if you're not careful, it is said she'll trip you with her tongue when you least expect it.

At least she still has her ember toad, Linguee to keep her head on... straight.