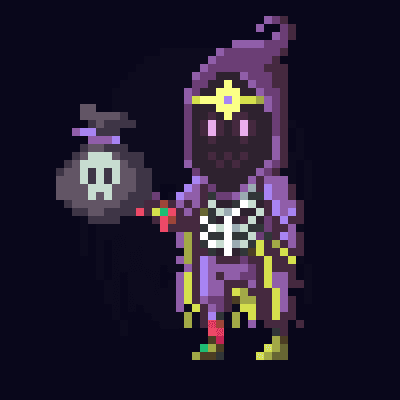 Arch Gravelord Bayard of the Worms

Sorcerer Aldus of the Morning Star (AKA "The Heretic")

Bayard was a gifted student at the Arcanum of the Sacred Pillars, the prestigious academy known for their renowned alumni and aristocratic blue uniforms. Though brilliant in the summoning arts, his academic disciplinary record demonstrated that he persistently sought power through nefarious means. In his fourth year, Bayard was summoned before the Arcanum Grandmasters to answer for accusations of performing necromancy—a circle of magic that was expressly forbidden. He was deemed unfit to continue his studies and was expelled, which led to the occurrence of the event known as the Acheron Soul incident. Bayard's notoriety as an accomplished necromancer caught the attention of The Heretic who recruited him to serve as a Wraith Knight during his imperial campaign across the Runiverse. At the height of the campaign, Bayard was appointed Left Hand of the Heretic and Arch Gravelord to command the newly formed Grave Legion (AKA "The Worms"). Grave Legion was comprised of some of the most talented and inventive necromancers of the era. Bayard himself was a grandmaster of the necromantic arts which earned him second-in-command of the heretic's forces. The Arch Gravelord was an intelligent and ruthless commander. Several disturbing artifacts have been found which confirm the rumors that following the defeat of notable enemies, Bayard would transmute their souls into inanimate objects, so they would remain sentient yet tragically restricted. Though most historians regard the black arts, including necromancy, as a debasement and perversion of magic, it is indisputable that the magical acts committed by Bayard and his Worms pushed the boundaries of magic to limits never before conceived possible at the time.

Excerpt from a journal found following the fall of The Heretic's forces:

Bayard is presumed dead. However, unconfirmed reports have identified an individual matching his description in the western region of the Valley of the Void Disciple.