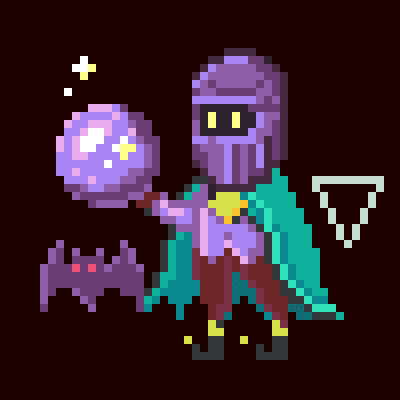 Sorcerer Ilyas of the Fey

Having the great misfortune of spending what surely must be an eternity in the company of the Djinn, my return to the mundane world - with all its trappings, the hubbub and hustle of material needs and wants – seems tinged by frivolity and introspection.

And while this somewhat superficial state of existence can in many ways feels rote and predictable, there still exists an intangible element of entropy, of the unexpected, of a certain excitement of the unknown.

Thus, I have come to believe it surely must be a curse to pass each day as though reading from a tome well known; Every passing moment spent expecting the next, knowing the shape it will take, the form it shall follow, the sensation it will stir - and yet forced to make certain, to be sure that yes, indeed, things have come to pass as expected.

The forest was silent, too silent. High above, the waxing moon, safe in its eternal vigil perched among the stars, shone down through the occasional break in the verdant canopy. No predator, eyes aglow and belly empty, was on the hunt, no prey scurrying from cover to cover. The softly illuminating clouds of fluorescent insects were nowhere to be seen, nor the chiroptera normally unable to withstand such a glorious feast upon which to gorge themselves.

To senses mundane, the wold was indeed empty of life, abandoned, barren. Ilyas was shackled by no such restraints, his eyes and ears telling a different tale. No, the Fey were not gone, nor had they ever been – he could feel their ethereal presence. They were, however, perhaps for the first time in an age, experiencing something novel; The Fey were afraid.

He had known, of course, that this day would eventually come. As time passed, however, the cosmos had continued its heavenly dance. Mountains rose proud to ultimately succumb to inevitable erosion, oceans greedily consumed, ever moving outwards listlessly. Entire peoples, along with their Gods, came and went. Ancient endings, new beginnings, as it always had been.

Indulgence, Ilyas mused wryly, was a distraction he had enjoyed for far too long, and one he could no longer afford. Shaking loose his splendid and colourful cloak and letting it play lazily in the sudden breeze, he raised his arms high as if in supplication to the Heavens. As his Crystal Ball manifested in his outstretched hand, covered in a fine mist, he drew deep on his quintessential affinity for Magic. Out from the tall trunks, dark wings flapping silently, twin eyes glowing like embers, his eternal familiar approached lazily.