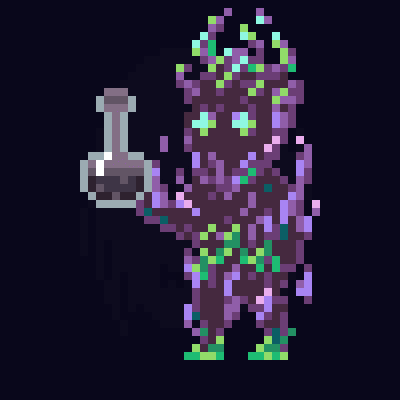 At the All Hallows’ Eve Ball, mischief reigns. Tonight its rule is absolute. As with most catastrophe, it begins with a drunken stunt. We clumsily attempt to summon Casper, a ghost known for cosmic wisdom in hopes that he will impart such fateful knowledge upon us frivolous fools. To our public delight and private dismay, we succeed.

Fire materializes as if called from the ether. Flames like I've never seen before. Royal purples bleeding with neon greens. Together, they flicker and dance on the floor as the flames grow into the shape of a crouched man. Everyone holds their breath at the sobering sight. Casper slowly stands with the noble resignation of a dying god. Unease blossoms within the guests. The fire spreads outward along the floor like waves of a rising tide. Fear and panic ensue.

I search for a path to flee, but the ethereal flames wick across every surface as if to paint the room with its infernal majesty. The certainty of mortal release grips the crowd. Several guests crash against the rear exit doors, but there is no escaping this immolation cage. And at the center of it swirls a cloud of death. O eldritch ghost, how thou crackle. As ethereal flames consume, the void sighs. Casper embraces his fresh souls with paternal reverence; I am among them.