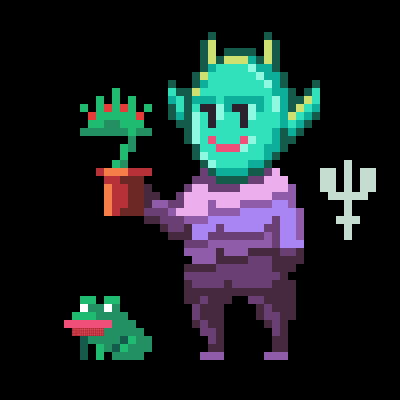 Hedge Wizard Peppy of the Cosmos

From my many ruminations, and travels aplenty, I have undoubtedly become the most learned of all the splendor which mundane minds would label mere fantasy. Indeed, though many would contest my writings, few have seen what I have laid eyes upon and never beheld all the marvels this world has on offer. Fewer still have ventured where I dared tread, and none have made it to the farthest reaches beyond the Brine as have I.

There, amidst wonders worthy of the wildest imagination, my scribe given scant reprieve from documenting my discoveries, my life was nearly forfeit. Was it due to a lapse in judgement, or perhaps the lack of preparations for such a fantastical journey, that nearly did me in? Or perhaps the wildest and most ferocious apex predator, heretofore unseen, unstudied and certainly not labeled in the Capital’s vast library, hunting me in the night as I fled for my life? One might imagine it so; with heroic effort slaying the beast in the noblest fashion, eyes ablaze and bloodied fists raised to the unfamiliar skies. Were it only thus.

Yet I speak not in shame of my near demise, nor the loss of both my feet; for that precipitous and pernicious plant – yes, the viridescent foliage of innocent visage, would frighten even the most seasoned Kobold hunter to a lifetime of nightmares, should they witness it unfold, unfurl and envelop them - as it did me then.

Adventures Beyond the Brine
Edwyn Lymp

The descent into the lowlands had taken Peppy nearly ten days. The windswept snow-covered peaks and craggy outcrops had for a long while refused to give way to the occasional stubborn shrub. However, inexorably, grey stone and blue ice gave way to trickles of water and green moss - spoor and trails appearing, well hidden, in an ever-expanding field of green.

A welcome sight indeed, and though the mighty Mountain in all its splendour was certainly awe-inspiring, he’d always felt more attuned below the tree line. Here, with soft moss under bare foot and canopy of green overhead, the night was full of sounds, full of life. In this verdant embrace his Magic flared to life, threatening to overwhelm him as was its wont. The battle of balance, however, was second nature since childhood, and the thrill brought the usual smile to his lips.

«Would you two please leave be? » he exclaimed in uncharacteristic frustration; his train of thought broken. “There is plenty of food for you both!”. The large green bullfrog, aptly named Ribbit, had the good sense to look abashed as he turned his attention to Hungry. Hungry, for lack of a better word, was, well always hungry. Peppy, never having been burdened with the unnecessary habit of overly complex vocabulary, was quite content with the names he had given both his familiar and the strange plant-like being currently wrapping itself around the tree trunk as his back. He’d seen Hungry devour an entire stag whole, but it seemed content, for the moment, to steal the occasional fly Ribbit had set his amphibious eyes upon.

“Leave her to her meal and check the perimeter,” Peppy remarked as he once again closed his eyes, focusing inward. The view had been, as expected, unobscured from the heights as the full plethora of the heavens opened before him. He had hoped to see the same familiar shapes, had longed for the comfort of recognition as he gazed up at the pantheons.

Alas there was something amiss; something was not quite right in the Cosmos.