✨✨Welcome to the Forgotten Runes Book of Lore.✨✨

The following pages contain the stories, legends, and myths of thousands of Wizards. This tome is ever growing, always evolving, but forever immutable once a Wizard changes hands.

If you would like to contribute to this book, you must own a Forgotten Runes Wizard NFT and join the Cult.

If you are a Cult member, refer to this guide: Writing in the Book of Lore: A How-to

If you are not a Cult member, please enjoy reading this book. It is open to all.

I will create as I speak... 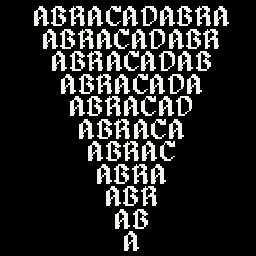 Though there are only ten thousand Wizards in existence, the world of Forgotten Runes is vast and limitless. Here is but a small portion of the world: 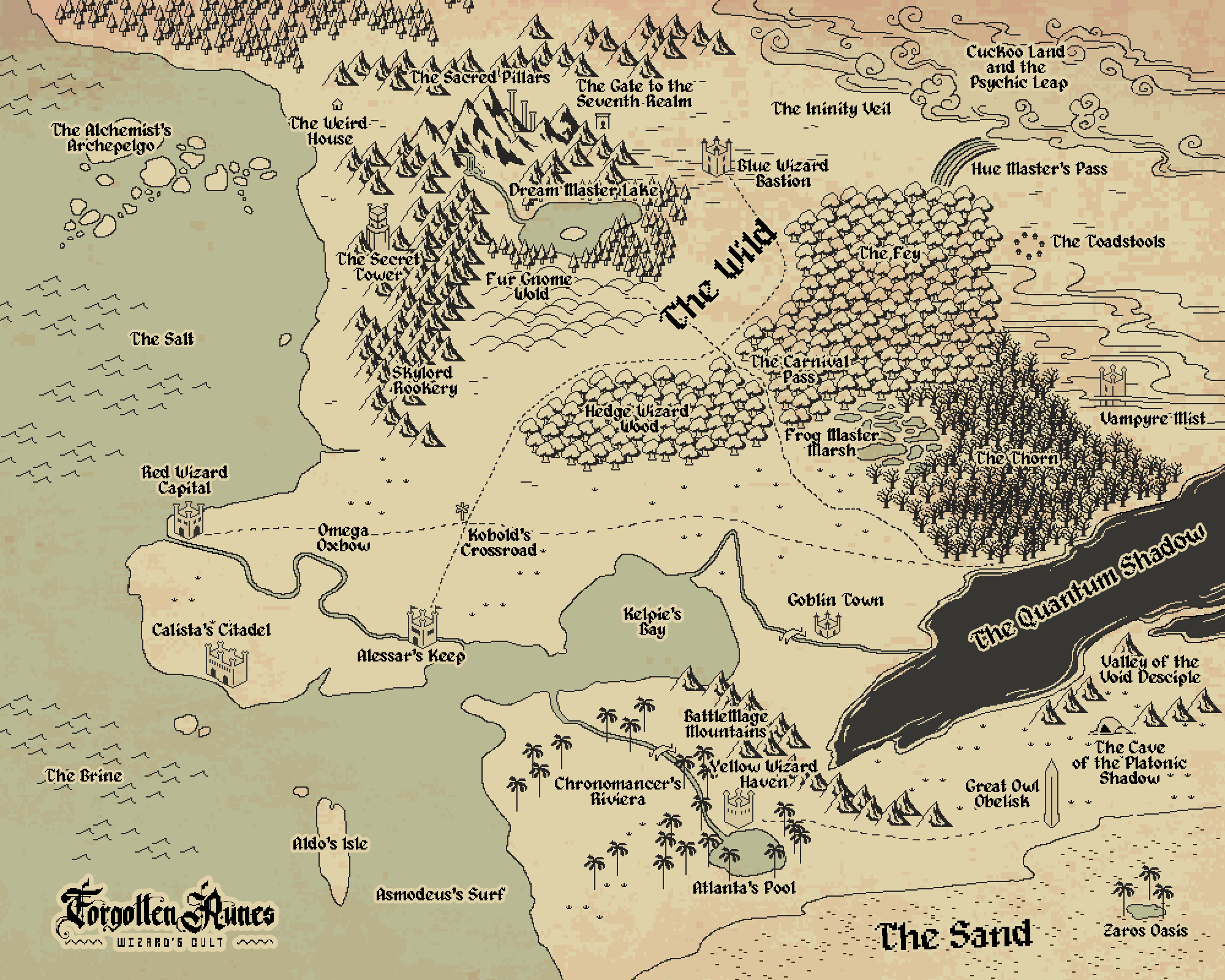 Charting this world is a work in progress, and this map will soon expand...

Let's explore other aspects of this world...

Magic, aka The Arcane Arts, is a powerful force that weaves its way through the lands. Most Wizards came into the world already specializing in a form of magic, such as hydromancers, pyromancers, and necromancers. Some conduct their wizardry through magical items and staves, and some Wizards don't seem to know any magic at all.

Magical talent is varied across Wizards- from hilariously amateur, to perilously threatening. Some use magic for virtuous altruism, and some for appalling cataclysm. The minds of the most powerful magic users often border on sanity, absurdity, mania and derangement, for there seems to be a trade-off every magic user must confront: Mastery of the Arcane Arts often comes at the cost of one's humanity.

How magic came into this world is a question of serious inquiry, but one thing is certain, it is a dominant force in the world, and colors all aspects of daily life, culture, and politics.

There are 7 dominant political factions in the world of Forgotten Runes, which are generally (but not always) denoted by hat color. They are Red, Yellow, Brown, Green, Blue, Purple, and White. (It is worth noting that just because a Wizard may have a certain color hat, it does not necessarily mean they fall into one of these factions.)

Based in Red Wizard Capital, these oligrachs are cosmopolitan, elitist, and generally wealthy. They seem to be constantly engaged in complex political intrigue, and often leverage their financial might to achieve their goals.

Strengths: Cunning, strategic, politically powerful. Very wealthy and influential. Weaknesses: Elitist and snobby, not well liked by other classes. They are often materialistic and wealth obsessed.

The Yellow Hats party all day and night in Chronomancer’s Riviera. Hot, sexy, and seemingly young, they manipulate time itself to achieve these shallow ends. They have not a care in the world, even as the Quantum Shadow itself looms on their borders. Lucky for them, Battle Mage mountains seem an impenetrable protection as for their debaucherous partying.

Rugged, blue-collar, and provincial, the Brown Hat Wizards are good-natured and love simple living. Traditional with devotion to family, they use magic for everyday practical tasks, like housekeeping, farming, and hunting. Rarely seen in the cities, Brown hats generally live in the countryside. You can find them, however, occasionally enjoying a beer in the local tavern with good friends. A little known secret about Brown hats is that their hat color used to be Orange, but rustic country living has faded and tarnished their bright colors to an earthy brown.

Weaknesses- Often overly simplistic and can be a bit xenophobic. Resistant to change.

Earth loving hippies, they love plants, animals, and the natural world. Their brand of magic pulls from deep in the Earth, and is far older than the Quantum Shadow. They are well-grounded and stable.

Strengths- Strong and durable, Long lifespans, stable. They can communicate with plants and animals Weakness- Somewhat ecofacsist, they prioritize the lives of plants and animals over humans. They can be slow to action, and a bit aloof to the affairs of the human world.

Academics who love libraries and learning, their Blue Wizard Bastion is home to the world's largest library. These Wizards are most comfortable with technology (even though most consider technology inferior to magic.)

Strengths- Highly intelligent, well-learned, if anyone can build tech that would challenge magic, it’s them.

Weakness- Overly intellectual, Ivory Tower type of academic. Have tons of knowledge but rarely apply it to the real world.

The quintessential Wizards. They are extremely talented in all sorts of magic, particularly the deep magic of the cosmos. Their magic is complex, powerful, and esoteric, much of it coming from the Psychic Leap itself. But because of this deep affinity for magic, the magic often controls them rather than the other way around. They are often perceived as clumsy and even goofy. Their spells are often loud, explosive, and colorful. Their spell books are incomprehensible and their houses are often chaotic. You never know if a Purple Wizard is very powerful or has simply lost his mind. Perhaps a bit of both

Strengths- They are unpredictable, probably powerful, seemingly wise, in possession of great secrets and lore.

Weaknesses- They are unpredictable, chaotic, unorganized, the Psychic Leap has apparently warped their minds

Detached, empty, Zenlike sages who sit quietly and meditate for days on end. The White Hats hide their power level, but it is suspected to be very high. Their magic is subtle, quiet, and unassuming. They never show off, and nobody knows the source of their power. Some believe them to be EXTREMELY powerful and some believe they have no magical power at all. But whatever the case, the White Hats operate in secret.