A herd of Ponies appears 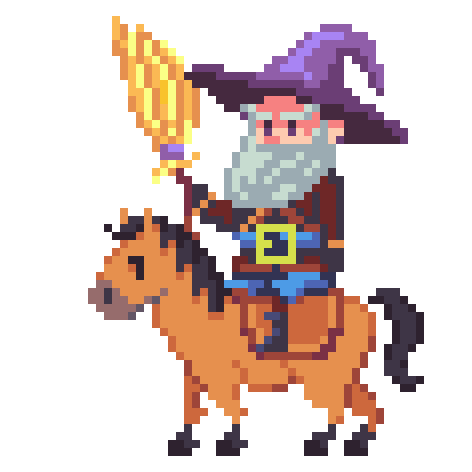 On a crisp December 24th, 2021 snow fell on the secret tower, a rumble in the distance. Then a whinny. From the Elysian Fields, a herd of 567 ponies appeared in the Forgotten Runiverse.

The minting was free (+gas) for anyone who received a merch box or held a Wizard (or Soul) that had Lore (details below).

About the Elysian Fields Collection

There are 567 Ponies comprised of 52 traits (plus Runes). During minting, the images and metadata are hosted but after minting the Ponies will be stored completely on-chain just like the Wizards.

Criteria for Receiving a Pony 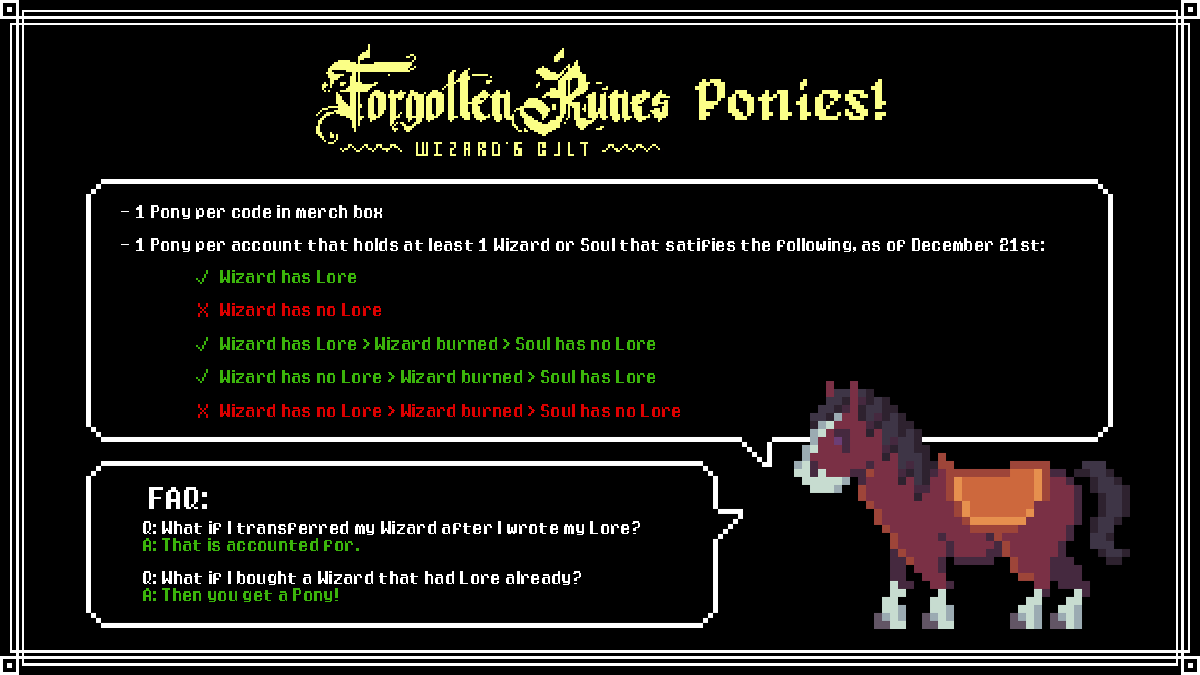 Ponies can be minted two ways:

The minting will take place here.

This is the second time that writers in The Book of Lore have been prioritized for an airdrop (the first being The Sacred Flame).

Q What if I transferred my Wizard after I wrote my Lore?

A That is accounted for. You only have to hold a Wizard that has Lore. (Not be the original author)

Q What if I bought a Wizard that had Lore already?

A Then you get a Pony!

Q What if I got a merch box AND I hold a Wizard/Soul that satisfies above?

A Then you'll need a two-pony stable

community
Our community has a vibrant culture of creating artwork from their Wizards. This document is a directory of folks who take commissions to create artwork of the Wizards

lore
If you're looking for specific instructions on how to write in the Book of Lore, this post is for you