Beast #0, the Quantum Ouroboros, makes a glorious entrance into the Runiverse.

This morning, The Quantum Ouroboros, aka Beast #0, was auctioned for a closing price of $138,600 USD. This was far over its $35k estimate and received a total of 23 bids in the Christie's auction.

The Quantum Ouroboros was part of Cartography of the Mind, a curated online charity auction for the benefit of Multidisciplinary Association for Psychedelic Studies (MAPS). In collaboration with Ryan Zurrer, founder of Dialectic and Vine Ventures, Christie’s Auction House has assembled more than two dozen artworks from artists like Beeple, Alex Grey, Sam Spratt, ElfJTrul, and more.

The works were also exhibited in Christie’s physical gallery on the corner of 6th Avenue and 49th Street in New York City.

They were also on display in Times Square! 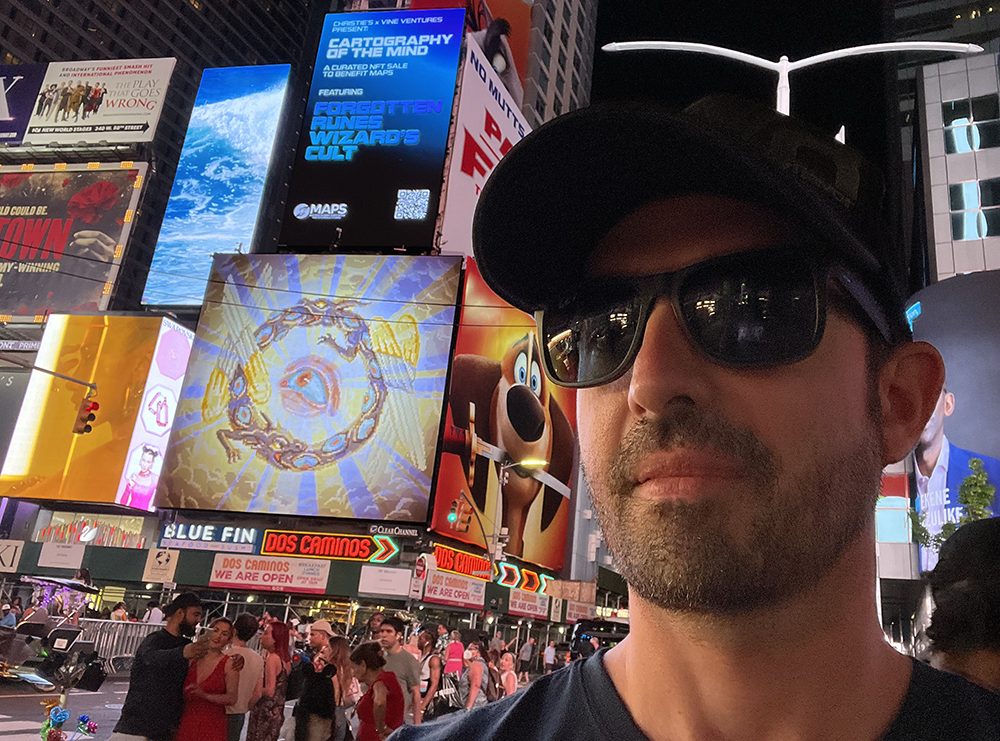 The Quantum Ouroboros is part of a series of Beasts from the Forgotten Runes world, The Runiverse. Last April, Beasts 1-7 were released from the Gate to the 7th Realm on the Forgotten Runes website. The Beasts of that series were the Chaos Chimera #1, Bugbear Chieftain #2, Triple Crowned Cockatrice #3, Salt Kelpie #4, Gigas Chad #5, Nightmare Imp #6, and Seven Tailed Kitsune #7. 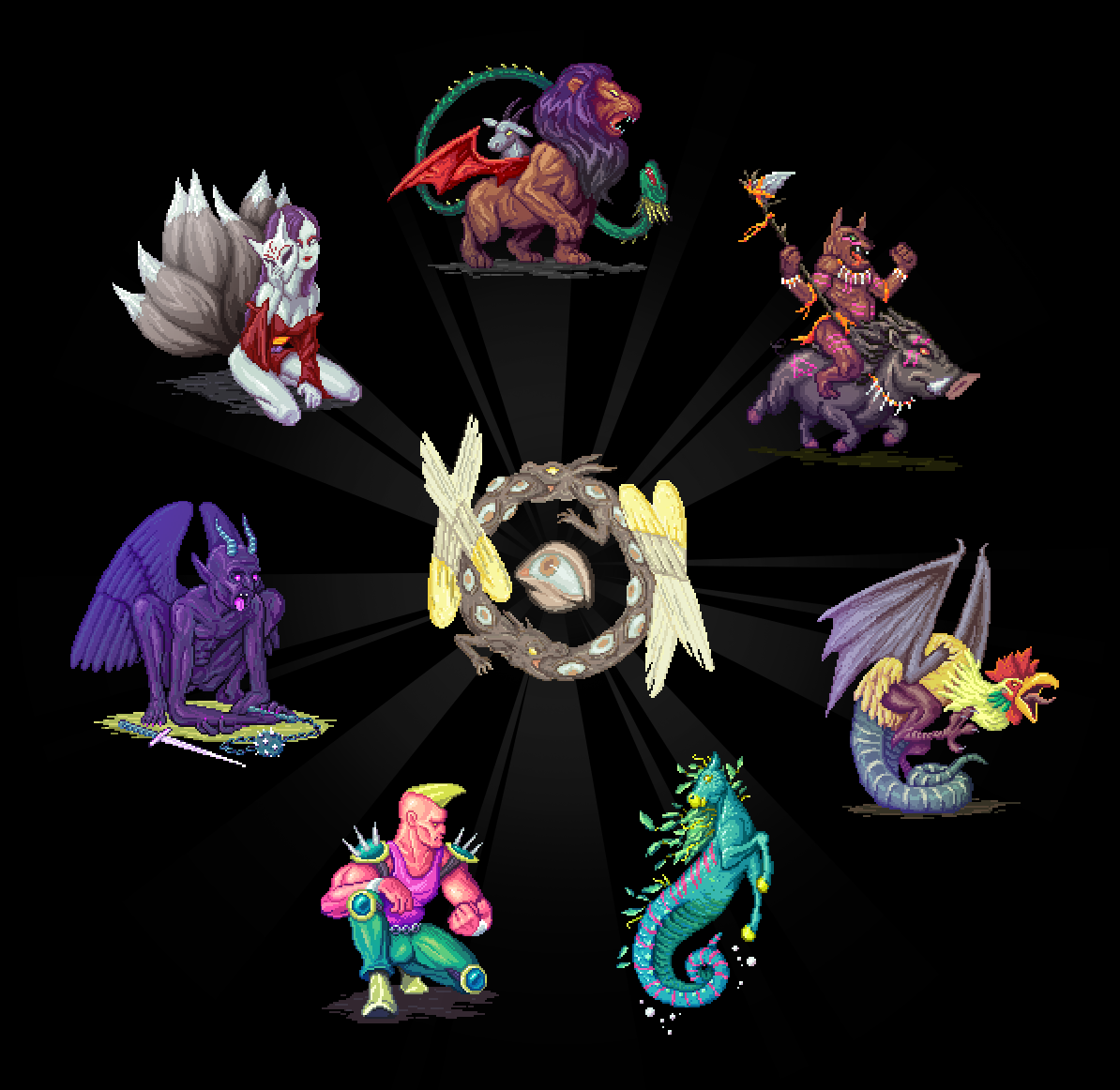 Now, Beast #0, the Quantum Ouroboros, enters the Runiverse. Here’s the description of this Beast:

“The Quantum Ouroboros is independent of time and space, maintaining providence through its agnostic connection to the material plane. Immutable, unbroken, and eternal, the two holy dragons are forever linked in acts of creation and destruction.”